More
HomeTechnologyWhat Are the Options for Residential Surge Protection? 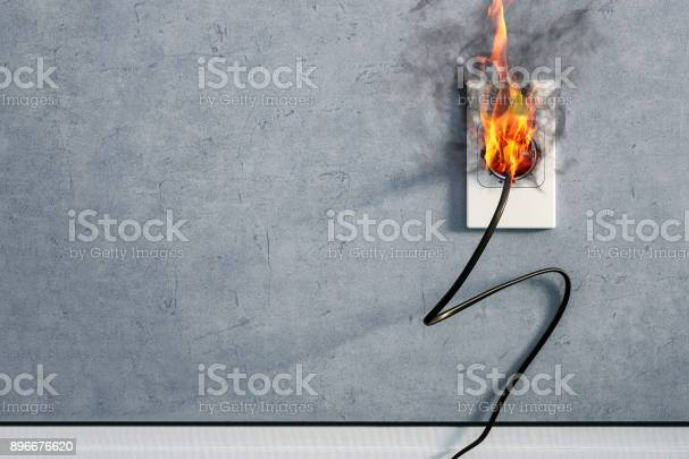 What Are the Options for Residential Surge Protection?

Power surges are the silent culprits behind the shortening of the lifespan of our electronic devices and appliances. So how can you provide residential surge protection? For that, you must first understand what a Power surge really is and what some of the causes behind it are.

A power surge, often times referred to as an electrical surge too is a sudden spike in the electrical voltage. They can occur at any given moment and usually go unnoticed because they last for a few seconds, but that doesn’t mean that they are harmless. There are so many times you would find certain things around your house that just stopped working. For instance, your lamp stopped working out of the blue, and even if the bulb seems to be alright, it is the damage that the power surge has incurred that has probably made that lamp useless.

What Can Trigger A Power Surge?

Whether it is at a commercial or a residential level, power surges are triggered by these common causes.

Areas prone to thunderstorms and frequent lightning would also find that their home electronics suffer because of them, and there is a correlation there which is power surges. A single lightning bolt carries within it over millions of electrical volts when a home requires merely a few hundred. Imagine what impact that could have if a lightning bolt hit near a home.

What usually happens is that the voltage from lightning finds its way into homes through cables and wires regardless of whether they are underground or suspended from poles. Any device connected to a house’s power source is at risk. And that is why you would find that oftentimes power stations shut down the power to the neighborhood to avoid any catastrophes.

Power Outages regardless of whether they are intentional in order to avoid a catastrophe during storms as we mentioned above, or whether there is a fault in the grid – when the power comes back on, that is most likely to trigger a power surge into the grid. So some homes may experience a mild surge while others can bear the brunt of it, there is no knowing. It is always safe to turn off the power from the main circuit breaker whenever there is a power outage in your neighborhood.

The wiring itself can trigger power surges without any external issues persisting like lightning or power outages. How? Well, over time when wiring gets faulty, or even old, it has a lesser electrical resistance, so any conductor can trigger a surge.

But how can you tell the wiring is faulty, especially when it’s in-built into a home’s structure? These are the signs: burning odor, burn marks around an outlet, and sometimes even an audible buzzing sound.

How Can Homeowners Protect Their Homes from Power Surges

Here’s the thing, there is absolutely no solution to eradicating the problem of power surges once and for all. Call it a bi-product of electricity because really there is nothing anybody can do to stop it from occurring. However, there are ways in which homeowners can protect their electronic devices and appliances from the damage that would otherwise occur because of constant power surges.

Devices like surge protectors don’t have a particular lifespan of their own – only that they are good for taking a certain number of hits from power surges which also depend on the intensity of those. However, they are still a good option for residential surge protection. Why? These devices are like multi-plugs or extension cords, except they come with built-in circuit breakers that ground the excess voltage instead of letting it pass through and onto any device that is plugged in. It is one of the surest ways of keeping your electronic devices safe from any sort of damage – temporarily of course. Once the Surge Protector wears out, it’s time for a new one.

There is another option for homeowners, but instead of actively protecting the device from a power surge, a Surge Coverage Plan provides monetary compensation for the repairment or even the replacement of any electronic device or appliance that gets damaged because of a power surge. Call itinsurance for your electronics. You can find that your local electrical company may have its own versions of Surge Coverage Plans. Details vary, like annual coverage costs, and even the list of devices that are covered under the plan. It usually doesn’t require any installations and is what can save homeowners from bills and having to buy replacements on a quick notice, especially for appliances like refrigerators or washing machines.

As we already mentioned, there is no one solution to eradicate the problem of power surges from the face of the earth, rather there are ways around it to protect your home appliances and devices – even if temporarily. Check out your local hardware stores or any Home Depot store for surge protectors, and contact the electrical companies responsible for your areas for details on Surge Coverage Plans if they have any. Something is better than nothing, so why not invest in one of the options to keep your homes safe!