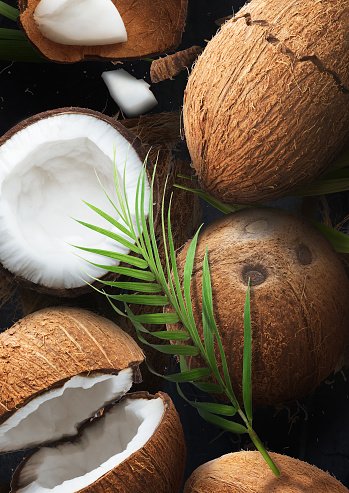 Coconut is a versatile fruit that is used for food, cosmetics, natural resources, household, medicines, and even crafts doctorisout. They are very cost-effective, easily available, and are natural. Coconut derivatives refer to various products that are extracted or derived from coconuts and have high commercial value. In today’s technology-driven world, the demand for coconut derivatives is rising persistently from two of the fastest-growing sectors, namely, cosmetics and pharmaceuticals. The most popular derivatives consist of coconut water, coconut milk, and coconut oil. However, coconut sugar and coconut flour are gradually being used in numerous parts of the world.

What are the Benefits of Using Coconut Derivatives?

May 2019: Marico Limited, a provider of consumer products and services, based in Mumbai, announced the launch of its new campaign called #OilKaNayaAvatar. The campaign is aimed at the millennials to experience the benefits and wonders of oiling in a novel manner. Marico’s newly unveiled range named ‘Parachute Advansed Coconut Crème Oil’ provides every necessary nourishment of oiling in only 30 minutes by combining coconut oil and coconut milk. Its main purpose is to rediscover oiling by efficiently integrating it into a woman’s modern, monotonous lifestyle. The company’s latest range of products consists of a pre-wash nourisher, a shampoo equipped with coconut milk, and a post-hair wash serum oil.

July 2018: Lucy Bee, a natural food production company, announced that it has joined hands with Stephenson Group, a Yorkshire-based soap manufacturer to produce and sell a range of new coconut oil soaps. According to Lucy Bee, as an ingredient, coconut oil can be difficult to work with. Therefore, it is significant to ensure that the formulation is perfect. It has previously worked with the Yorkshire Soap Co., Traidcraft, and The Body Shop.

October 2018: Zenith Drinks Pvt Ltd., a producer of natural beverages, unveiled its novel range of beverages called Auric. It is considered to be the world’s first anti-aging beverage. It is equipped with eight different herbs, such as Gotu kola, Brahmi, and Ashwagandha. It not only aids in enhancing the anti-inflammation capability of skin, body, and mind but also restores the balance of anti-oxidants and free radicals. Auric does not contain any preservatives or chemicals and is 100 percent natural. Moreover, it possesses low calorie and so, is healthier than fruit juice. Additionally, it uses the credibility of coconut water and Ayurveda to offer multiple health benefits to the millennials.

Reeti Banerjee is currently working as a content writer in a prominent market research firm named Fortune Business Insights. She specializes in writing articles, press releases, blogs, and news reports. She believes in maintaining simplicity throughout her content to provide the clients with a seamless reading experience.

Take Care Of Your Skin – 10 Natural Tips For Healthy Skin